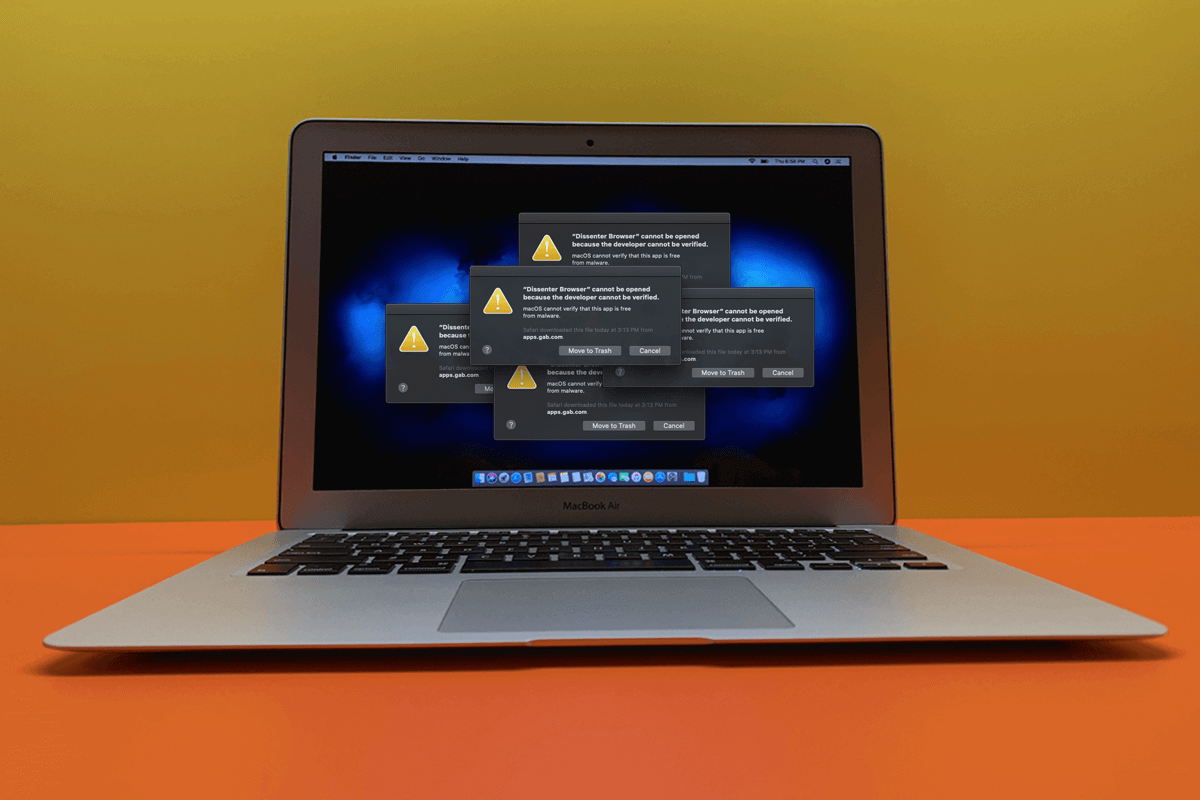 “macOS cannot verify that this app is free from malware”: a workaround for the alert

This article explains what the notification saying “macOS cannot verify that this app is free from malware” means and how to act if you hit this roadblock.

When trying to open a just-installed app on your Mac, you may bump into a problem that seems to be an insurmountable obstacle upon rudimentary examination. The system will sometimes respond to such attempts by triggering a pop-up alert that says, “[App name] cannot be opened because the developer cannot be verified”. The message also includes a phrase going, “macOS cannot verify that this app is free from malware”. First things first, this isn’t necessarily a red flag indicating that the code you are attempting to run is dangerous. It is a well-trodden security routine that kicks in whenever the Gatekeeper protective system component spots a suspicious process or app feature. 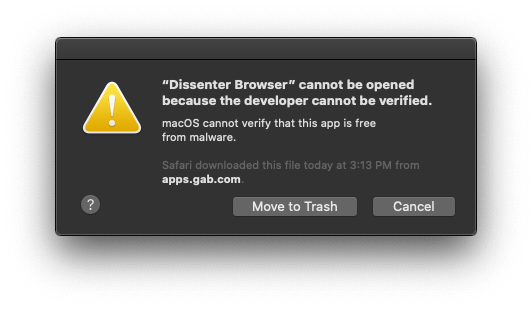 The key criterion for this detection workflow is the app publisher. Last year, Apple enforced guidelines requiring developers to submit their software for automated analysis. The goal is to filter out entities that exhibit malicious characteristics when inspected via the tech giant’s verification algorithms. Essentially, an app that passes these extensive checks ends up in the Gatekeeper whitelist. When a user tries to launch it, everything takes place in a hassle-free way and no additional dialogs appear down the line.

What can go wrong?

Things aren’t nearly as smooth if an app maker neglects to upload their product for Apple’s notarization scrutiny before distribution. Issues will also occur even if the publisher diligently submits the code but it fails to meet some requirements in the checklist. In this case, users who install the app run into hurdles opening it on their Macs. These attempts will be accompanied by the “macOS cannot verify that this app is free from malware” warning.

Again, this could be due to the vendor’s minor development slip-ups such as a few lines of shoddy code or behavioral quirks that deviate from the norm. In some situations, the alert isn’t a telltale sign of malware. There are user reports galore about such difficulties launching known-benign, reputable Mac software. On the other hand, adware authors have been able to game the notarization checks in the past, which allowed them to eliminate such pop-ups from the victim interaction equation.

The blacklisting is a double-edged sword

How to interpret the emergence of this dialog then? Unfortunately, there is no single answer. Whereas it’s within the realms of possibility that Apple is wrongfully setting off alarm bells regarding a particular app, the alert is quite likely a real sign of danger. You may have downloaded and installed harmful software, the system has identified the threat, and you are being blocked from running the infection.

Let’s assume you know for sure that the “macOS cannot verify that this app is free from malware” alert is a false positive in a specific scenario. If so, there is a way to execute the program even though the pop-up itself only contains two buttons (“Move to Trash” and “Cancel”) that don’t appear too promising in terms of circumventing the block. You’ll have to go the extra mile, though. The instructions below will walk you through the process.

How to bypass the “macOS cannot verify that this app is free from malware” warning?

If you are absolutely sure that the app you are trying to open is safe, use the following steps to get around Gatekeeper controls and run it despite the system’s red-light response. Note that there are several different ways to do basically the same thing, so pick the one that suits you best.

Overriding the system’s security is a no-brainer in this case. But, you should keep in mind that you are doing so at your own risk. Even if you are certain that macOS has blocked the app for no good reason, think twice. Malware actors often cloak their dubious code under a benign wrapping, and therefore a healthy portion of paranoia in scenarios like that is a reasonable response.

“Your computer was restarted because of a problem” Mac alert: the causes and fixes