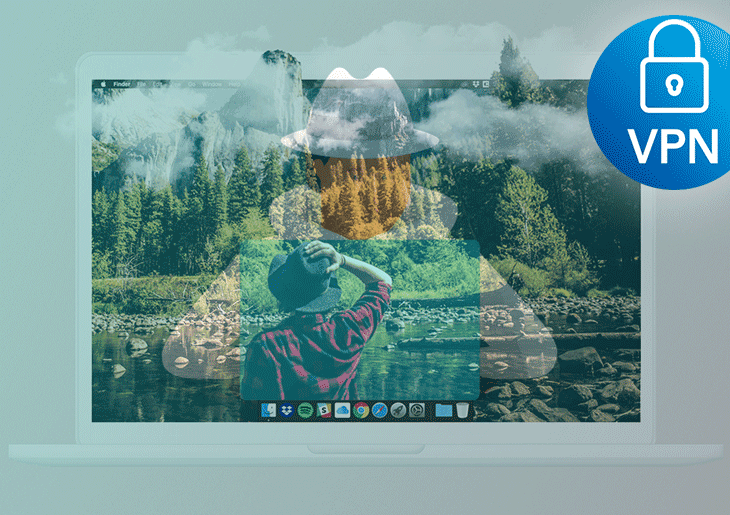 VPN (Virtual Private Network) is a service designed to ensure the anonymity of communication between computers and to prevent the interception and reading of transmitted data.

To safeguard the data sent and received, two things are needed - a special VPN for Mac installed on your computer that will encrypt and decrypt data, and an application on the server of the company providing the VPN service.

In practice, when you visit a website with the help of a browser or request a file download, the VPN application installed on your Mac computer encrypts the data required for connection, and only then sends it through the Internet.

The Internet Service Provider can only register your connections to the VPN server, but cannot see what exactly it is as the content is encrypted. In turn, the target servers register that the VPN server is connected to them (not your Mac computer). In other words, the visited site "sees" the IP address of the VPN server and not your real IP.

VPN service - anonymity on any network

VPN service companies strive to provide anonymity to their clients. Most VPN service providers ensure that client connection logs are not recorded or stored, so even if the authority or other institution requests data, VPN service will not be able to provide them, since this data simply does not exist.

However, the claims of some VPN service providers may differ from the truth. As shown by the HideMyAss case, which, at the request of the FBI, provided data for one of its clients, although, according to previous claims, it did not store such data.

Please mind that VPN service providers may rent servers from other companies that may use different rules regarding logs and registration of connection activity. Their statements about anonymity must be treated with caution.

What to look for when choosing a VPN

There are a lot of VPN services, and each of them advertises itself as the best, most affordable, and providing anonymity at the highest level.

Before selecting a specific service, pay attention to the following parameters:

Mind possible traffic limits. Still, with some services, there are restrictions on the amount of data transferred via VPN.

You should be careful with free VPNs, and not only because, as a rule, they provide a very restricted range of services, but also because they can be dangerous for the user. For example, users of a very popular Hola VPN became part of a Botnet. The computing power of their computers was used by third parties for unknown purposes. It is just an example and not all free VPNs are bad. You just carefully read user reviews and ratings.

Remove “Chrome is out of date” popup virus on Mac